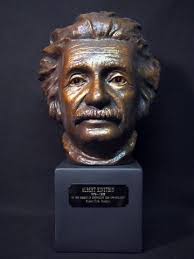 Robert Toth repeated forth grade three times. As a child he often felt awkward. He didn’t learn to read until he was twelve, and he was diagnosed with Dyslexia and ADHD. Only when he realized that he had an artistic talent, he found that he didn’t have an attention problem at all. Quite the opposite, when sculpting or painting, he developed a hyperfocus. He gives a lot of credit to Ron Davis to help him understand how he learns and the gifts inherent in him.