Dyslexic Adult – From Struggle To Success 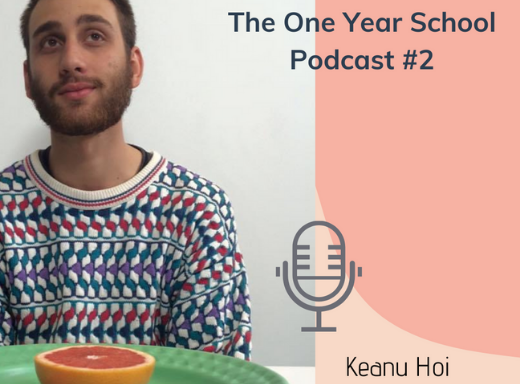 My Dyslexic Adult Son and His Struggle At School

This dyslexic adult happens to be my own son Keanu! I’ve shared some of his story previously. I find it interesting that I can give you a more detailed personal account of his schooling than he can recollect himself.

When I interviewed Keanu for my podcast (the One Year School Podcast, Episode #2), I was actually astonished at his revelations.

Firstly, he hardly remembers primary school at all – not much of the fact that he struggled like crazy, or that he was at the bottom of his year in literacy, or if he was made to feel dumb or different. That’s probably a good thing – or at least shows that our innate system of selective memory to keep us safe works.

Secondly, his awareness of high school and how his acceptance into Mosman High Drama Class had made such a big difference in his life and strive to improve literacy in general. How he disliked Shakespearean English and which techniques he managed to employ to get him such amazing results in Advanced English, that even led to have his HSC play published by the Board of Studies – a fact he is not proud of. He explains in the podcast how undeserved that was and how schools seem to reward someone for following a formula rather than using creativity and heart to express their views.

Thirdly, he managed to very succinctly explain his opinion of our school system, where it is useful in later life and where it may need to become more relevant to prepare young people for success in life and work.

I also asked him if he feels that it was important for him that we had him complete a dyslexia assessment and gave him the support of a dyslexia training program. Even if he hasn’t fully used the potential of that program, he acknowledged its importance to give him tools to ground, to focus and to order his thoughts. All that didn’t happen overnight, but I truly believe that he wouldn’t be where he is now, had he not been given these tools.

The Challenge Of Setting New Habits To Correct Dyslexia

However, tools are only as useful as they are actually put to use. My biggest challenge as a dyslexia facilitator in the past was to highlight the importance of daily practice, even if only for 30 minutes…and for only about six months. It is heartbreaking to see how many good intentions diminish after a couple of weeks and how the most motivated clients give up, even after they had experienced a very successful program to kickstart their path to literacy.

Like New Year’s Resolutions, the desire to become a fluent and joyful reader often dwindles away and the attention shifts to the next new thing.

Recently I tested myself and I fully understand the challenge to keep our attention on one purpose or in the present moment for more than a few minutes. I was so unpleasantly surprised at my own distractibility that I started a special meditation (by Dr. Joe Dispenza, called ‘Breaking the Habit of Being Yourself Meditation’) to reign in my mind more and more every day, so I am feeling more in control of my thoughts rather than the other way round.

Since we know that the average person’s attention span is a mere 7 seconds (often compared to the 8 seconds of a goldfish’s attention), I feel that we have to find ways and hacks on how to prolong this and on how to get our attention back, when thoughts come in to interrupt us.

Often dyslexic individuals feel that their focus is rather difficult to gain or obtain. They haven’t learned how to get focused and find it hard to remain focused. Naturally most people have a similar challenge, but there is one difference between picture thinkers (dyslexics) and auditory learners.

It is easier and more enchanting to put one’s mind into another dimension or another world when you naturally process visually. Most people have the ability to see pictures or movies, but when a person is predominantly living in that right-brain space, they enjoy a more vivid experience and it is almost a default mode, an escape from a reality that is not pleasurable.

That again would explain why my son had such a poor recollection of his younger years. School wasn’t pleasurable – except recess and sports – and his escape would have been to access mind picture, imagination or fantasy – consciously or subconsciously. I don’t believe he would have been aware of it, or at least only partially.

Daydreaming definitely has its place, but let’s teach our children how to get back from it and participate at school.

That’s a big topic for another time.

But be sure to listen to my podcast interview with Keanu here.