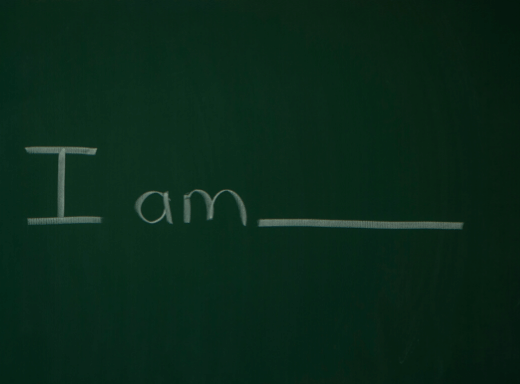 I have always believed that change cannot happen without awareness, motivation and above all responsibility. There is a final course that all facilitators of the Davis Dyslexia Correction Program have to attend before they become licensed: the Motivation and Responsibility Course. Responsibility is defined as: the ability and willingness to control something. Our responsibility as helpers can only occur if we are trained and willing to help Dyslexic individuals to reach their full potential – yet without infringing on their own responsibility. There is a fine line and our clients cannot get a sense of self-mastery, achievement and eventually self-esteem without first realizing that they are responsible for their lives, and willing to make the changes necessary for their success.

When I came across this great article I just had to share it with you!

Three Words That Will Change Your Life

Talk about a model prisoner…

In 1985, Fleet Maull began serving a 14-year sentence for drug trafficking. During his incarceration, he completed a Ph.D. in Psychology, authored a well-received book, became an ordained priest, founded a prison hospice program and launched the Prison Dharma Network, a non-profit organization that supports prisoner rehabilitation through contemplative spirituality.

Today Maull works as a peace activist and personal effectiveness coach, lecturing at leading universities, in corporate boardrooms, in high-risk areas like Rwanda and the Middle East, and in what he calls “the forgotten world” inside our jails and prisons.

Maull has plenty of wisdom and experience to share. But he sums up his core message in a single phrase: Radical Responsibility.

Maull believes we create everything that’s happening in our lives, good and bad. It’s only when we accept complete responsibility that we take the giant step from childhood to adulthood. Self-responsibility is the key to personal effectiveness in every sphere of life.

Yet many choose to embrace the psychology of helplessness and victimhood, preferring to explain all their struggles in terms of the actions of others.

Like you, I meet many middle-aged men and women who are still grumbling and complaining about earlier unhappy experiences, who are still blaming their problems on other people or “the breaks.” They’re angry with their parents, fuming at an old boss, still simmering over their ex-spouse. They’re trapped in the past and can’t get free.

Yet the great enemy of success and happiness is negative emotions. Fear, self-pity, envy, jealousy and anger hold us back, tie us down and suck the joy out of life.

Studies show that there are four root causes of these emotions. Once you identify them, you can begin to banish them:

Management consultant Brian Tracy points out that there’s a simple antidote to these factors that create negative emotions. You need only say three words: I am responsible.

Whether your problem is joblessness, addiction, overspending, obesity, or a damaged personal relationship, you move closer to a solution the moment you say, “I am responsible.”

It’s impossible to say these words and still feel angry. The very act of taking responsibility short-circuits and cancels out negative emotions.

As Tracy says, “Every time you blame someone else or make excuses, you give your power away. You feel weakened and diminished… Without the acceptance of complete personal responsibility, no progress is possible. On the other hand, once you accept total responsibility for your life, there are no limits to what you can be, do and have.”

Yet many would rather train for the Boston Marathon in three feet of snow than say these words. Why?

Psychologists say human beings have a natural propensity to accumulate pride and shun regret. Whether we recognize it or not, we tend to take responsibility for the positive developments in our lives and attribute unfavorable developments to others or circumstances.

This is not to say there aren’t times when our lives are significantly influenced by outside forces. Maybe you’re a great worker who lost her job due to a corporate downsizing or the poor economy.

Maybe your parents really were poor role models. But victims don’t create change. It’s only when you choose to focus on what you can do and how you should act that you gain power.

Businesses and other organizations today are looking for people who are willing and able to think, who are self-directing and self-managing, who respond to problems proactively rather than merely waiting for someone else’s solutions.

A study done in New York a few years ago found that people who ranked in the top 3% in every field had a special attitude that set them apart from average performers in their industries. It was this: They chose to view themselves as self-employed throughout their careers, no matter who signed their paychecks.

These are people who set goals, make plans, establish measures and get results.

Radical responsibility changes everything. It means you own your thoughts, impulses, feelings and actions. You are accountable for the consequences they bring and the impact they have on others.

This is not a burden, incidentally. It’s a privilege and an honor to take ownership of your actions. It creates freedom and control. It gives meaning to life.

Self-reliance is the great source of personal power. We create ourselves, shape our identity and determine the course of our lives by what we are willing to take responsibility for.

Want to change your life and solve your problems, starting today?