Dyslexic learners, children and adults, often stumble over the little words, either leaving them out when reading or writing – or substituting them for a similar word, which may or may not have the same meaning. (e.g. for / from; a / the; in / into).

We (Davis Dyslexia facilitators) make a big deal out of these ‘non-picture’ words and creating their meaning in clay is only one of many steps to really master and understand these ‘trigger words’ (the culprits responsible for many confusions, disorientations and misunderstanding).

As there are about 220 of these little words to complete, we can only do some of them during a program; the rest is up to a parent or tutor to complete. We see them for a couple of hours (or a day, if we are lucky) and pass on the best way of supporting their child post-program.

Now that is not always easy and the other day I was lucky enough to realize something: Many parents believe that asking their child to use the word in a sentence actually means that they understand it and know what it means. Sometimes this is correct, very often it is not. Let me give you a real-life example.

A mum came in for post-program follow-up and I looked at all the work they had done. She said that if he wants, her son can get a whole page of words done in 5 minutes – and showed me a group of 8 words that were written in sentences. But in 5 minutes? She didn’t think that it was necessary to do the meaning in clay as her son could write a perfectly correct sentence with it – and the teacher had also commented that these are such easy words, that this 10-year old child has known for years. I put it to the test: We looked at the word ‘may’ and the sentence, ‘May I go to my friend today?’ came immediately. So after some more examples, he created a model of self and a model of his friend with an arrow going towards the friend. I looked at the model and said that I see him ‘going to a friend’. Where is the ‘may’? He said that ‘may’ means the same as ‘go’. It became clear to both mum and me, that this happens a lot. We pointed to the meaning: ‘being allowed to or having permission to’. Where is the possibility that he may not get the permission to go to his friend. The penny dropped and he added a model of mum and made it a possibility, that he might have to stay home.

I pointed out that these little words are quite often not the obvious models of people or things, but the arrows between the models, the speech- or feeling bubbles or the subtle variations in body language on the models… It ended up being a lot of fun, many aha moments for everyone and new insights. 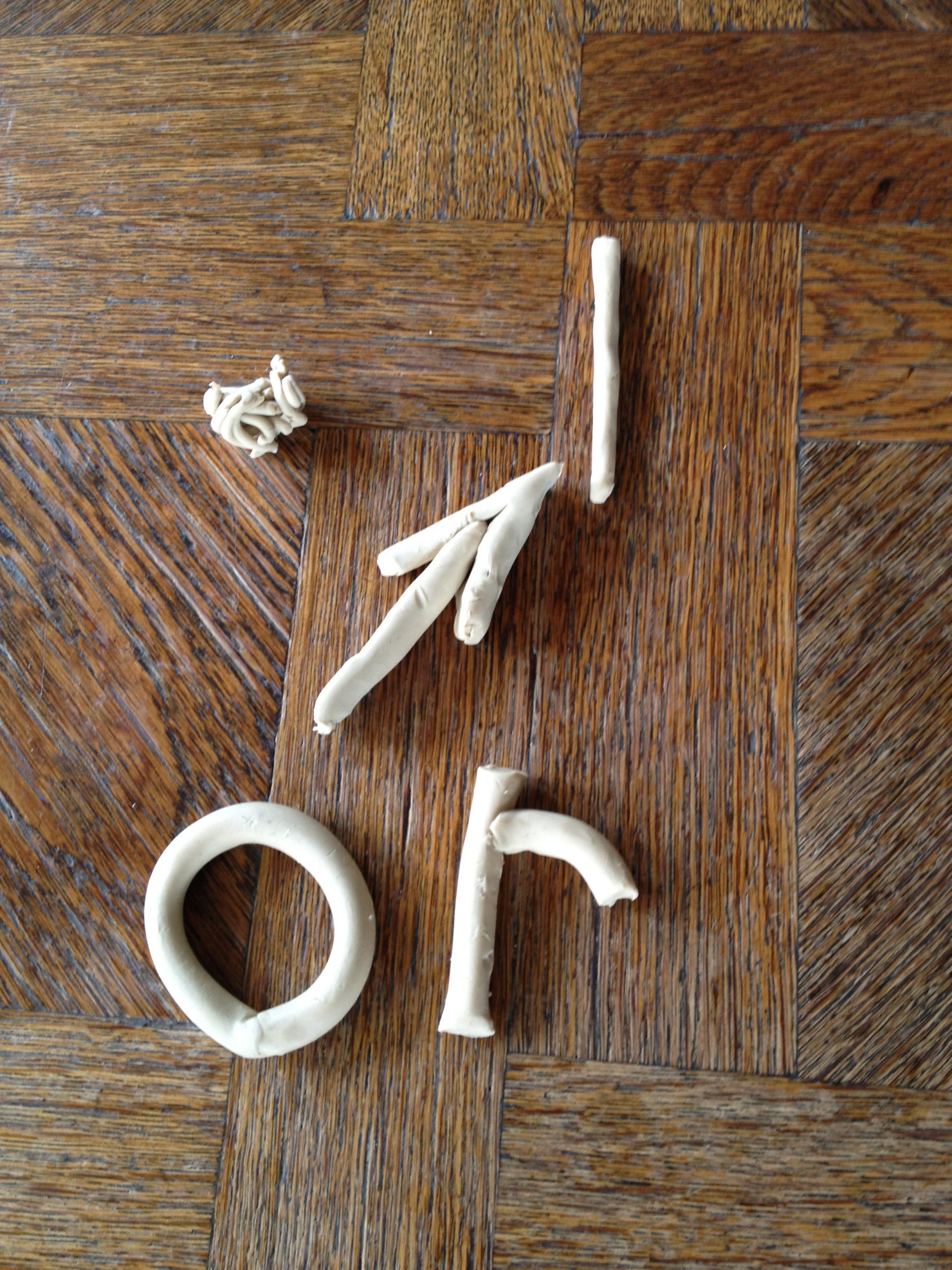