What is this Online Dyslexia Training Program? Why did I Develop the The One Year School?

The One Year School is a new online dyslexia training program for Sydney Dyslexia. It is not only for children, but for any individual who is struggling to learn in a traditional way. They are usually creative, visual learners – and school is not an easy place for children who aren’t auditory learners.

The journey of The One Year School started already 17 years ago, when my own son couldn’t learn to read and write, couldn’t spell. Year after year his grades and his confidence went down further and further. His anxiety, stress and overwhelm were high. He became the class clown and at home there were tears, drama and melt-downs. 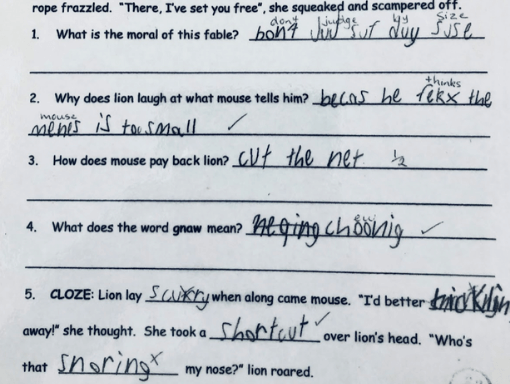 I remember finding this comprehension test and I cried. A part of me was worried sick that there was something seriously wrong with my son. I had no idea what dyslexia was. Another part of me felt incredibly sorry for the poor child. Having to go to school day after day. Not being able to read, to understand, to spell and to follow the speed of the class.

He was already in year 2, when he spelt ‘fekx’ for ‘thinks’!

Of course, he was also funny, creative, bright, had lots of friends.  He says now he doesn’t even remember having struggled.

The teachers said not to worry, “they all catch on eventually.” But that wasn’t the case for Keanu, nor for his buddies in the ‘banana group’, the bottom of the barrel at his primary school.

In my desperation, I’ve searched for answers and was lucky to be pointed to a book called ‘The Gift of Dyslexia’ by Ron Davis. It started my journey to first help my son and later, after training as a dyslexia facilitator to help hundreds of children and adults. I helped people with dyslexia, ADD, ADHD, dyspraxia, auditory processing disorders, Asperger, hyperlexia and so many other labels we give our children. This is because dyslexia isn’t really recognised in Australia as an issue.

My son did very well at his HSC (96.1), which he’s always hated me to tell anyone. I only mention it to let people know that every dyslexic child has the potential to do well. They can apply themselves to what they want to study and to choose any profession they feel drawn to.

They just need to be able to switch on the brain to learn in a way that suits their visual and creative learning style. They need to start to believe in their brilliance and also to put in the work, once they know how to.

It has been a long journey and it keeps going. A few years ago I left the Davis world to start my own programs, which has now amounted to a dyslexia school.

How does The Online School work and why should that help when school doesn’t?

I’ve always dreamt of helping more children in a lasting way. Since it formed into an online school, I saw a way to realize that dream.

In The One Year School, content is provided on a weekly basis for 48 weeks. It is delivered online so it doesn’t matter where you are located. A child or adult participating in the program will be supported in their learning and a dyslexia tutor is provided for 6 hours as part of the program.

The One Year School doesn’t replace the current school, but is a good addition if a child doesn’t keep up, catch up or learn the way you know they could. It is also a perfect addition to home-schooling, as many parents homeschool out of necessity, to get the happy child back, that disappeared when they struggled at school.

The minimum age for The One Year School is eight – and there is no maximum age. 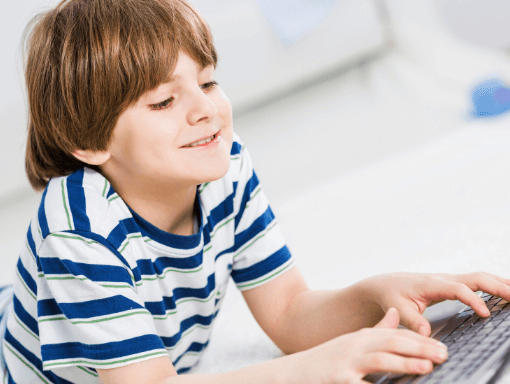 At this Online Dyslexia Training Program, adults and children will learn: