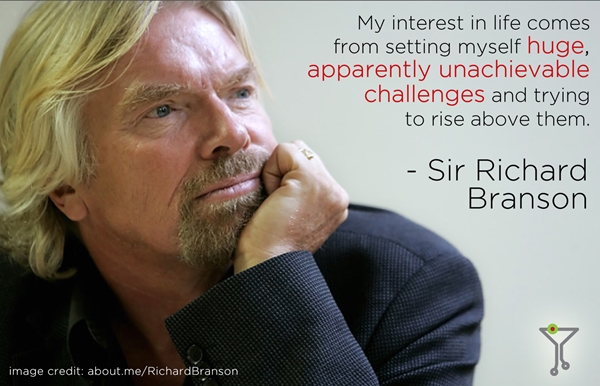 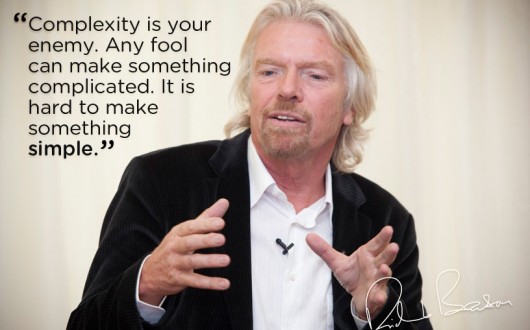 The following story explains the habit of successful people – and the talent of the dyslexic mind:

“I was in my late 20s, so I had a business, but nobody knew who I was at the time. I was headed to the Virgin Islands and I had a very pretty girl waiting for me, so I was, um, determined to get there on time.

At the airport, my final flight to the Virgin Islands was cancelled because of maintenance or something. It was the last flight out that night. I thought, “this is ridiculous,” so I went and chartered a private aeroplane to take me to the Virgin Islands, which I did not have the money to do.

Then, I picked up a small blackboard, wrote “Virgin Airlines: $US29″ on it, and went over to the group of people who had been on the flight that was cancelled. I sold tickets for the rest of the seats on the plane, used their money to pay for the chartered plane, and we all went to the Virgin Islands that night.”

What makes the difference?

Once Branson sat on a panel with industry experts to discuss the future of business. As everyone around him was filling the air with business buzzwords and talking about complex ideas for mapping out our future, Branson was saying things like, “Screw it, just get on and do it.” Which was closely followed by, “Why can’t we mine asteroids?”

The person who sounded the most simplistic was also the only one who was a billionaire. Which prompted me to wonder, “What’s the difference between Branson and everyone else in the room?”

Here’s what I think makes all the difference:

Branson doesn’t merely say things like, “Screw it, just get on and do it.” He actually lives his life that way. He drops out of school and starts a business. He signs the Sex Pistols to his record label when everyone else says they’re too controversial. He charters a plane when he doesn’t have the money.

When everyone else balks or comes up with a good reason for why the time isn’t right, Branson gets started.