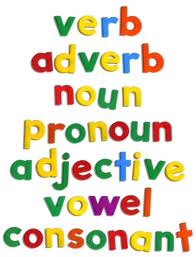 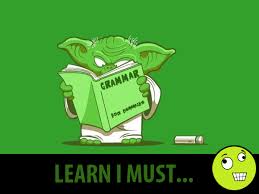 I know – we are not meant to be teaching grammar. It was missed out of the education of a couple of generations, now making a come-back.

We as Dyslexic Facilitators are not supposed to teach it either. It could confuse our clients.

However, a language without any structure of grammar is like a body without a skeleton.

In this blog I don’t intend to go into details or become a ‘grammar nazi’. Instead it will be a very short, simple, step-by-step process, accompanied by the occasional video.

Words are the building blocks of our language. To use them properly, we should know the ‘family’ they belong to,  or the reasons they are used:

VERBS – action words (what we do, perform…)

*Example: play, sing, swim, wish, make – to show that they are verbs, they often have a ‘to’ in front. Some of these verbs can be nouns, too: I like to play in a play. to wish / the wish

ADJECTIVES – words that describe nouns (how does the thing look, or feel like)

*Example: beautiful, old, good, honest, modest, delicate – either in front of a noun (What a beautiful sunset) or after the noun (The book was interesting)

ADVERBS – words that describe verbs (how something is done or performed)

*Example: nicely, well, funnily, shortly, (either adjectives with -ly at the end – or an entirely new word, like ‘well’/not ‘goodly’). She writes beautifully. The mail will arrive shortly.

PRONOUNS – words that take the place of a noun

*Example: but, and, therefore, however, since… (I like spaghetti, but not with seafood)

ARTICLES – are in front of a noun and tell, if the noun is specific or general: the, a/an

*Example: Please bring me the red book from the table over there (specific). I would like a book for Christmas (general)

These are some basic bricks to build the sentences, which we do next time.